Individually, they are stories of courage and tragedy. Together, they tell a tale of a natural world under ever more violent assault. A series of portraits of people who are risking their lives to defend the land and environment today, from India to South Africa. Also read: ‘Why 2017 Was the Deadliest Year for Environmental Activists’

Individually, they are stories of courage and tragedy. Together, they tell a tale of a natural world under ever more violent assault.

The portraits in this series are of nine people who are risking their lives to defend the land and environment in some of the planet’s most remote or conflict-riven regions.

From the Coral Triangle and the Sierra Madre to the Amazon and the Western African Savannah, they are caught up in struggles against illegal fishing, industrial farming, poachers, polluters and miners.

The majority have seen colleagues, family or friends murdered or arrested. Two have bodyguards. Several say they wake up each day thankful to be alive. They are often criminalised, labelled terrorists or portrayed by their enemies as anti-development. All are determined to carry on their struggles despite almost ever-present and growing risks.

RELATED
Why 2017 Was the Deadliest Year for Environmental Activists
National Geographic
According to the international environmental organization Global Witness, 2017 saw a total of 207 killings of environmental activists, or defenders. That’s more than 2016, making 2017 the deadliest year on record.

Last year, a record 207 defenders were murdered, according to a revised tally by Global Witness. Over the past 12 months, the Guardian has published the names and, where possible, the faces and stories of the victims in this list. To mark a year of this unique collaboration, Cape Town-based photographer Thom Pierce has been commissioned to take portraits of defenders in some of the world’s worst affected regions.

Although the campaigns often start locally and accidentally, several defenders saw themselves caught up in a bigger fight for the natural world.

“We didn’t realise this at first, but its global,” says Turkish forest defender Tuğba Günal. “If you want to protect the environment, you are treated as a terrorist. It’s everywhere now.”

They are in the frontline of a battle between those who promote conservation and those who promote consumption. This conflict has become more violent as resources become scarcer. Extractive industries are financing the campaigns of a new generation of political strongmen: Rodrigo Duterte in the Philippines, Recep Tayyip Erdoğan in Turkey, Donald Trump in the United States and Jair Bolsonaro in BrazilAll are committed to eroding the few legal protections that environmental campaigners and indigenous groups are able to use to hold back mines, farms and factories.

A large proportion of killings are linked to government security forces, particularly in the Philippines, which is the most dangerous country in Asia for activists. Many others are carried out by gangs, particularly in Latin America, which accounts for more than half of all deaths.

“All these 207 activists did was to question the way that business is done. They had the audacity to defend their rights and protect the environment. That they were murdered for that is a damning indictment of the way the goods we buy are produced,” said Ben Leather, a campaigner at Global Witness. “Governments and businesses are putting profits ahead of people and we, the consumers, should not just be outraged but push them to take responsibility.”

The regions with the greatest natural and ethnic diversity, have the worst records. Brazil, the biggest Amazon forest nation, has the most deaths followed by the Philippines, which is at the centre of the Coral Triangle. Next comes Colombia, another Amazon nation, and the Democratic Republic of Congo, which has Africa’s biggest forest, where almost all the victims were forest rangers. The greatest deterioration was in Mexico, where the government’s approval for mining and farming concessions in indigenous territory has contributed to a five-fold increase in deaths over the previous year.

Impunity is a major problem. Defenders are often cheated of land rights by corrupt lawmakers and local politicians. When they resist, they are criminalised. When they are killed, nobody gets punished.

The majority of the defenders here – and in the global tallies – are from indigenous groups and poor black communities, who have been pushed over decades or centuries to the fringes of society. Not coincidentally, that is where nature is most abundant, where resources remain untapped, where the law – if it is applied at all – tends to serve as a tool for exploitation rather than justice.

“It’s almost apartheid. Indigenous people are treated as nobodies,” said Victoria Tauli-Corpuz, the UN special rapporteur on indigenous rights, who was labelled a terrorist in her own country, the Philippines. “We can’t allow this to continue or the people who are working to protect the environment will disappear and those who extract will rule the world. We don’t want that.”

These low-intensity conflicts rarely make headlines because they are rarely black-and-white, they do not threaten the status quo and because local authorities and the companies that supply us are implicated, albeit often indirectly.

Most of these activists are fighting against our short-term interests and for our long-term well-being. On one hand, they are resisting the extractive businesses that provide consumers with coffee, palm oil, fish and the titanium, aluminium and copper in our laptops, mobile phones and cars. On the other, they are the most effective guardians of global biodiversity and climate stability.

Asked what message they have for readers, some urged consumers to shop carefully, to consider supply chains and boycott firms and products linked with violence. Most, though, said they needed broader political change – a greater global push for land rights, accountability, transparency, tighter regulations on companies and more efforts to punish the corrupt officials and gang bosses who are often behind the killings.

They also seek more international exposure and solidarity in what is increasingly resembling a series of last stands for nature.

“Something in happening in the world. Activists are being branded as terrorists,” says Fatima Babu in India, who recently saw her 24-year campaign against a copper smelter explode into violence with the police killing of 13 protesters. “This phenomenon of destroying people and the planet for profit is not just happening in India. It’s across the globe. We need to come together for future generations.” 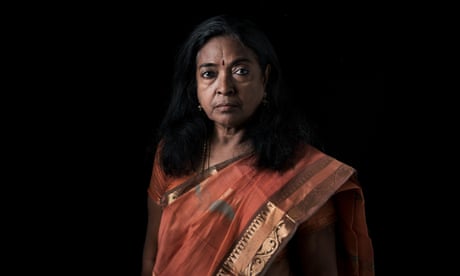 ‘We had no plans for violence’: Indian campaign against toxic smelter turned deadly 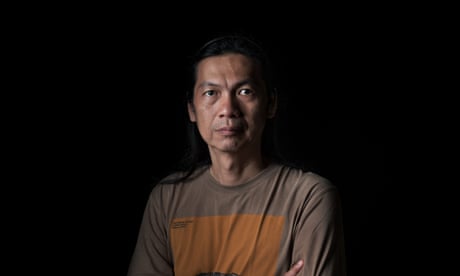 ‘God wants you to act on what’s in front of you’: enforcing conservation law in the Coral Triangle 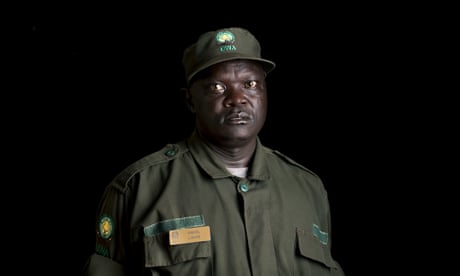 ‘You will never run from death’: shot by poachers in Uganda 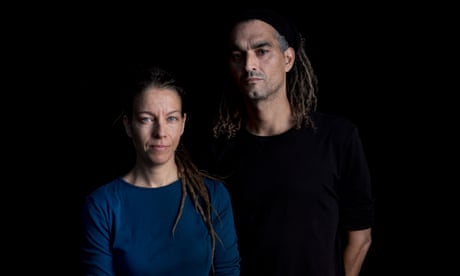 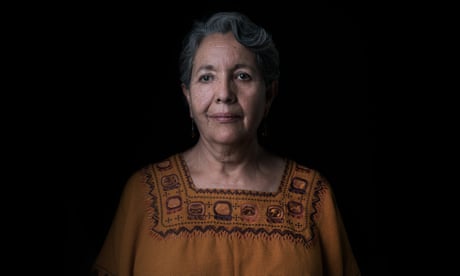 ​’A hitman could come and kill me’: the fight for indigenous land rights in Mexico 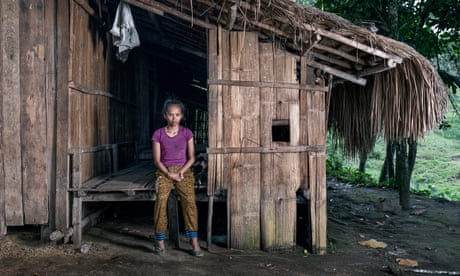 ‘I tended to the bodies’: attacked by the Philippine army 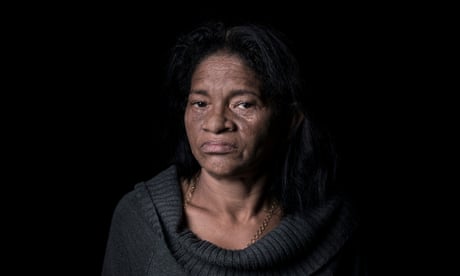 ‘They should be put in prison’: battling Brazil’s huge alumina plant 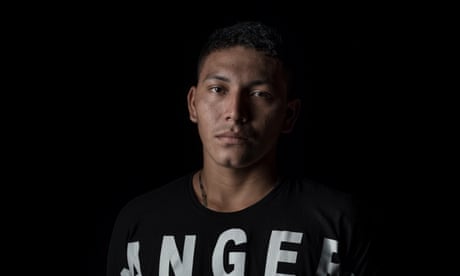 ‘This is a last hold-out’: son of a murdered farmer in Colombia 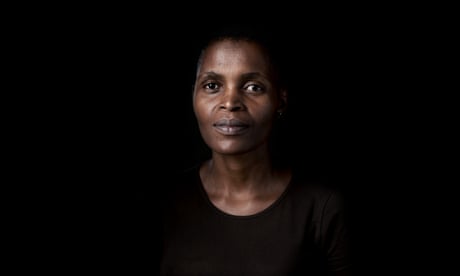 ‘I thank God I am alive’: standing firm against mineral extraction in South Africa

• The Defenders portraits were commissioned by the Guardian. Logistical and financial support was provided by Global Witness and UN Environment

Why 2017 Was the Deadliest Year for Environmental Activists
National Geographic
According to the international environmental organization Global Witness, 2017 saw a total of 207 killings of environmental activists, or defenders. That’s more than 2016, making 2017 the deadliest year on record. Agribusiness, which is any business that earns revenue from agriculture, had the most deaths associated with it, with a reported 46 activists killed in disputes over large-scale agriculture projects. Agribusiness was followed by the oil and mining industry, which has historically been the most dangerous field for activists, with 40 killings. Poaching and logging were tied for third with 23 reported deaths each.

Three times rise in killings of India’s land, eco-defenders: Modi govt blamed for “stifling opposition” by any means
Counterview.net
A just-released global report has revealed that the number of land and environment defenders killed in India has almost trebled, from 6 in 2015 to 16 in 2016, blaming it on “a disturbing trend” of increasing police brutality, indicating the Modi government’s determination “to stifle opposition to ‘development’ by any means necessary.”